In my lab, we recently started moving away from Simulink’s Real-Time packages and towards Real-Time Linux for implementing the low level control of our robots. I thought I would document what I went through to get Xenomai (A Real-Time framework for linux) working stably as a resource for others trying to get started on the same thing.

The word “real-time” is used in a lot of different fields to mean different things. Some people also mistake real-time systems for high performance systems. I use the word real-time to refer to systems that guarantee consistent responses to events within time constraints (also called deadlines) with low variability regardless of system load. This is something that’s not easy to do. A normal linux operating system is not real-time.

Say you want to implement a program in C on a regular linux computer that toggles a pin on the parallel port every millisecond. A naive implementation would be as a simple loop that toggles the pin and waits for 1 millisecond. This may work OK most of the time but the moment the system is loaded by something else, the program may start running its loops slower because the process may be preempted by the kernel or be swapped out of memory in favor of another memory intensive program.

A real-time operating system will be designed so that regardless of the system load, the program that toggles the pin can do the operation every millisecond give or take a few microseconds. This is the reason that a high performance computer with the latest Core i7 processor running a non-realtime OS can be less “real-time” than a low end microcontroller running a single optimized control task. Real-time systems are used in mission critical control systems such as those on fly-by-wire aircraft, satellites, exoplanetary rovers, cardiac pacemakers or car engine control units.

A real-time operating system (RTOS) usually has an API for creating and running real-time tasks and uses a scheduling algorithm that’s different from what’s used by general purpose operating systems like Windows and Linux. There are many RTOSs in the wild. Wikipedia has a great list of them. Some RTOS’s like FreeRTOS are meant to be used in embedded microcontrollers. Some - like RTLinux are used when the real-time application needs to be run on a full blown operating system. Using real-time with full operating systems also allow you to take advantage of a lot of existing software and functionality that the operating system will have like networking and math libraries like GSL.

When implementing a control system such as a PID controller digitally, real-time response times become very important. One of the assumptions made when developing digital control systems is that of constant sampling time. When you implement a control loop in code, if the constant sampling rate assumption is not met or if the controller responds too late to changes in the system state, it could lead to the system becoming unstable.

The choice of using Xenomai to implement our real time controllers was mostly due to the fact that it has very good documentation apart from being free and open source.

Before starting, create a fresh folder to act as your workspace. Also make sure you have plenty of disk space available. The 3.18.20 kernel requires just over 11 GB of free disk space to compile successfully. Newer versions of the kernel need more. 20 GB should be safe.

These are the steps that I’ve been following to get a freshly installed Lubuntu system working with xenomai. Keep in mind that if this is the first time you’re compiling a kernel, things are bound to go wrong. Be willing to debug your compilation patiently. I had to go through the compilation process dozens of times, making tweaks at each step to get my first successful kernel image.

If everything went well, xenomai should be installed on your system now. You might be tempted to start running some tests immediately but I think it’s worth taking some more time to set up your build environment properly to make development easier.

Some important xenomai related executables (including xeno-config) are in the /usr/xenomai/bin folder. You need to append this to the PATH environment variable. The library files that the code is linked against are installed in the /usr/xenomai/lib folder. You need to append this to the LD_LIBRARY_PATH environment variable. My preferred way of doing this is to edit the ~/.bashrc file with export statements. Open up your .bashrc file (it’s in your home folder, hidden) by running leafpad ~/.bashrc and add the following two lines to it at the end. 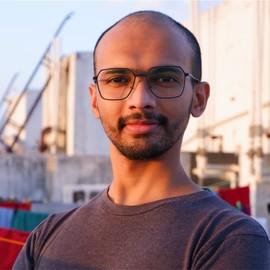