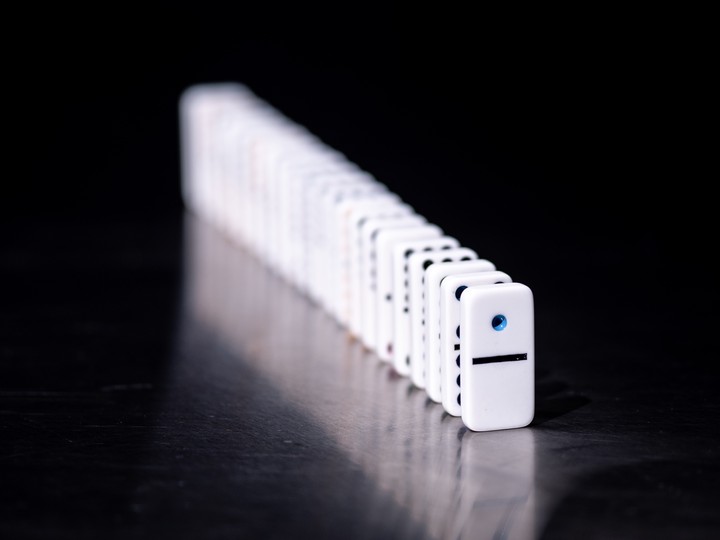 Now that I’ve submitted my PhD thesis for examination (finally!) I can spend some time fiddling around with things that are unrelated to it. After a hiatus of several months I’m finally back to playing with Haskell.

One of the things that make Haskell notoriously hard and non-intuitive to learn is the idea of functions that act on other functions (higher order functions). Folds were the first thing that really made things fit together in my mind and helped me understand the strengths of functional programming and why people rave about elegance in haskell.

A standard illustrative example is how a fold can be used to sum a list.

A neat extension to summing lists is numerical integration. The simplest integral of an signal $x[t]$ (represnted by a list of values) with a sampling time $\Delta T$ can be expressed very simply as a fold (combined with a map).

Here, foldl1 is a version of fold that takes the first element of the list as the seed.

The EMA equation can be implemented as:

Interestingly, the Complementary Filter - often used to measure tilts using IMU sensors follow a very similar format and folds can be used to implement these type of filters. This is the biggest strength of using higher order functions. They capture commonly used patterns of calculations in a very general way. If you use a fold, the Haskell compiler will produce highly optimized code to run your calculation. If you were to use hand-written loops - especially in programming languages like C/C++ - you might write code that is inefficient or segfaults. Higher order functions are also very general. Haskell’s foldl and foldr works on any data type at all. This is the reason the type signatures for these functions don’t mention any concrete types. While I’ve only applied these functions to Double data types, you can use this pattern on Strings, integers and on random custom defined data types. Higher order functions are also elegant. Rather than writing an ugly loop, I could write a one liner to do integration or complementary filtering. This is actually quite similar to how MATLAB scripting lets me express complicated operations like a matrix multiplication with a single operator.